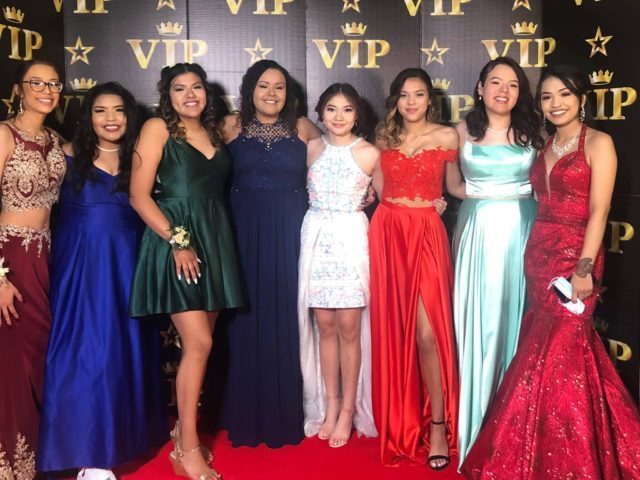 Prom was held on April 17, 2021. The theme was “VIP Red Carpet Gala.” This was actually the theme that this year’s seniors chose for last year, but it was cancelled due to COVID.  Due to COVID protocols, everyone that went had to be wearing a mask, but they  made the best of it and had fun. They were allowed to take off their masks for the grand march, pictures, and of course the meal. After the meal catered by HyVee, everyone lined up and entered the gym with their guest and took pictures. After that everyone could do what they wanted, so everyone took pictures with their family and then soon the parents left. They had good picture booths and fun activities to do while others waited. Later they had to call out the King and Queen which were Asaias Bernie and Hayden Parker. After that, they played music and everyone danced and had a good time. The dance ended about 11, and another prom was in the history books.